How Apps work in Microsoft Teams 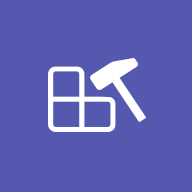 Microsoft Teams is more than just a chat and collaboration tool, it is now becoming Teams as a Platform, which means you have the ability to customise and extend it’s capabilities using applications.

There are three main types of apps you can use in Microsoft Teams: Microsoft apps, Third-party apps, and Custom apps.

Microsoft apps are pre-built apps that usually come with an Office 365 license. These can be added at no additional cost to Teams as a Tab, Bot or connector to help Teams collaborate. A few examples are Planner, OneNote, Forms and Office apps.

Third party apps are apps that another company has created for example SurveyMonkey or Asana. Some of these are free but some also require a subscription. Third-party apps can be added as a tab to a Channel, come in bot form and can also be added to a Teams meeting. These are a great choice if you do not have the skills to create an app from scratch, you can use one already created by another company. Microsoft have over 800 third-party apps that are available to use in Teams. You can see the apps by going to the app store in Teams:

Custom apps are apps that are created either from a template (Microsoft provide templates to use) or from scratch using Power Apps. You can create a custom app if you don’t see one in the store that suits your business requirements. I would recommend looking at the templates if you are going to create a custom app, as there are lots to choose from and Microsoft provide the code and deployment guides for free online.

Some examples of the app templates are the Company Communicator App, which sends a 1:1 chat message to every employee through Teams:

Or even a HR bot that can answer employee questions:

The templates are available on GitHub with a deployment guide. Check out this site for more info: https://docs.microsoft.com/en-us/microsoftteams/platform/samples/app-templates

How Apps Integrate into Microsoft Teams

Now we know there are 3 types of apps we can add to Teams, something else to consider is how they integrate. Apps can integrate into Teams in a few different ways:

Apps can be added as a Tab in a channel or chat in Microsoft Teams. This provides the team with easy access to the app while working. For example below is Third Party App Decisions added as a Tab in my Mark 8 Project Team:

You can add most third-party apps, Office 365 apps and custom apps as Tabs in channels within Teams.

Bots are automated programs that respond to queries or give updates and notifications about details users find interesting or want to stay informed about. Bots allow users to interact with cloud services such as task management, scheduling, and polling in a Teams chat. Here is an example of a bot that has been created from a Microsoft template, which allows employees to ask HR related queries:

Messaging apps put formatted content from an app into a channel or chat via Posts. For example, you can add a Poll using Forms by adding Forms as a messaging app to your chat or channel. In a channel, post a new message and type @Forms to add a poll:

You can do this with other apps as well to add them directly into channel posts instead of adding them as a Tab.

Connectors keep your team current by delivering content and updates from services you frequently use directly into a channel. With connectors, you can receive updates from popular services such as Twitter, Trello, Wunderlist and GitHub in Teams chats and channels. You can choose the frequency, and define what content is shared. For example, I can set a connector to deliver Tweets with @coretechnology in the handle once a day, week, month and so on.

It is important to note that some apps can be integrated in more than one way. For example, Forms can be added as a messaging app, but also works as a Tab. For more information go here: https://www.microsoft.com/en-gb/microsoft-teams/apps-and-workflows

PrevPrevious PostHow to Run a Poll Before, During and After a Teams Meeting
Next PostWhat Are the New Presenter Modes in Microsoft Teams?Next

The Viva Connections Dashboard provides quick, easy access to information and tasks related to your job. Dashboard content can be tailored to specific roles, markets,

What are the new Viva apps, and what do they do?

Microsoft announced Microsoft Viva in February 2021 as an employee experience platform. It consisted of 4 modules, all apps organizations can add to Teams that

What is Viva Engage and is it replacing Yammer?

Social tools are a great way to collaborate, especially in a work environment. You can get your team up to speed on projects, share progress,

Hire me as a technical blog writer

With six years of IT experience, I am a Microsoft Solutions Specialist and Microsoft MVP capable of providing high-quality, SEO optimized technical content.